In 1964, during the course of a series of experiments to capture radio waves from satellites at the Bell Labs observatory in Holmdel, New Jersey, Arno Penzias and Robert Wilson detected constant and inexplicable noise interference. After cleaning their microwave horn antenna carefully, the noise persisted, day and night, arriving from all directions in the firmament. At the same time (and just a few miles away from Holmdel, ironically), a team of three astrophysicists from the University of Princeton were trying to demonstrate experimentally the existence of what today we know as the cosmic microwave background, a residual radiation from the Big Bang initially predicted in the late 1940s by George Gamow. Dicke, Peebles and Wilkinson devoted months to finding proof of this isotropic radiation, but a lack of adequate instruments made it impossible. In a providential stroke of luck, a common friend of these two groups, physicist Bernard F. Burke (who had heard about the Princeton project) suggested to Penzias that he contact Dicke. Years later, Penzias and Wilson received the Nobel Prize for Physics for having stumbled (without even having searched) upon one of the cornerstones of modern cosmology, and one of the most solid pieces of evidence in favour of the Big Bang theory.

The history of scientific progress is full of fortuitous discoveries and serendipities, but often an intervention like that of Burke is necessary to join up the dots. In the plant world, cross-pollination between different plants offers the greatest possibilities for genetic recombination, but the transfer absolutely depends on the action of outside agents such as birds, insects, water or the wind. If information is power, communication is the ideal catalyst, the pollinating agent between disciplines and theories.

In 2003, a group of scientists, directors from different public agencies, private companies and non-profit organisations in the United States and Europe began an unprecedented collaborative project of research into Alzheimer’s called ADNI (Alzheimer’s Disease Neuroimaging Initiative). Its director, Michael W. Weiner, stated in a 2010 interview that previously “there were too many different scientists in too many different universities each carrying out their own research (…). Different people using different methods on different patients and at different paces always gave different results, which is not at all surprising. What was needed was for everyone to work on a common set of data”. The act of standardising protocols and sharing results is not totally unique to the scientific community but it is still a relatively marginal tendency. And it is, in part, due to a problem of conception rooted as much in academia itself as in the collective imagination, in the modern concept itself of the term “science”.

According to Augustine Brannigan, when we think about scientific discoveries of a certain historical relevance, we tend to reconstruct their birth as individual intellectual achievements. Science sociologists such as Robert K. Merton, Bruno Latour, Steve Woolgar and Thomas Kuhn, among others, have influenced the idea that scientific discoveries are not usually isolated, one-off mental episodes but rather processes of social negotiation. If the individualistic/heroic epistemological model still prevails today, it is because the theory of the Great Men promoted in the mid 19th century by Thomas Carlyle (according to whom the “history of the world is nothing more than the biography of great men”), remains firmly incrusted in the bases of science historiography. Victim of this yearning to attribute achievements to specific characters, the collective subconscious often distorts dates, facts and chronologies: Gaussian distribution bears the name of Gauss, but it was discovered previously by De Moivre. Like the Galilean moons, which were observed previously by other astronomers, who today are practically anonymous. Stigler’s law of eponymy states (with all the sarcasm possible) that “no scientific discovery is named after its original discoverer”. This tendency towards the mythification of individual recognition is even more accentuated in a context that favours competitiveness above cooperation. Even in a historical context in which the exchange of digital information facilitates more than ever collaboration beyond geographical barriers, the scientific community continues for the most part glued to the capitalist idea of competition as a stimulus for advancement. The first person to discover, present and publish a finding guarantees the subsidies and research grants that make possible his or her work and subsistence. It is a race, almost in the literary sense: if a researcher does not make a discovery public, it simply is not recognised. Technically it does not exist (see the cases of Gauss and Galileo). By nature, a paradigm closely linked to the economic structure of the private sector tends to blur less marketable research and perpetuate the race, even at the risk of hindering progress itself. As in the example of Penzias and Wilson, exchanging data and information may unblock and speed up otherwise very complex processes.

Another famous case in recent cosmology is the 2011 Nobel Prize for Physics, awarded to three scientists from two rival teams. Half of the prize was awarded to Saul Perlmutter (head of the Supernova Cosmology Project at the Lawrence Berkeley National Lab) and the other half was shared between Brian P. Schmidt and Adam G. Riess (members of the High-Z Supernova Search). In 1998, both groups made public a discovery that, once more, shook the bases of contemporary physics: the fact that the expansion of the Universe is not slowing down, as had been assumed for decades, but rather that it continues to accelerate under the influence of the (still today) mysterious dark matter that covers space. Richard Panek’s book The 4% Universe: Dark Matter, Dark Energy, and the Race to Discover the Rest of Reality relates over three chapters the fierce race, the high degree of secrecy and rivalry (watered down by a few friendly football matches) maintained by the two groups, before reaching, almost simultaneously, their conclusion.

As shown by this and many other cases, the scientific community follows the competition system more closely than the collaboration system, but alternative models that encourage interdisciplinary exchange and cooperation between academia and industry have existed for decades. Scientific dissemination platforms such as Mendeley and arXiv, which make available to the public hundreds of thousands of scientific articles in digital format, are growing at a steady pace and have become indispensable resources for consultation, while the lesson learned from distributed computing initiatives is no longer simply an analogy. Online people’s science projects such as Galaxy Zoo have shown themselves to be a tool of great value for astrophysics today: the members of this website (volunteers who are not necessarily experts in the subject) classify galaxies based on very simple criteria applied to hundreds of thousands of images obtained by different observatories and special missions. A monumental task whose weight can be lightened through a distributed procedure like this one.

Another interesting example is Polymath. In 2009, Tim Gowers, a mathematician from Cambridge University, set up this small scientific and social experiment to answer the question: “Is massively collaborative mathematics possible?”. Polymath aimed to resolve complicated mathematical problems in a collective way; the first challenge was resolved in seven weeks, the result of the cooperation of over forty enthusiasts and academics from all around the world. That same year, Gowers, Olof Sisask and Alex Frolkin created Tricky.org, a public wiki for filing and exchanging techniques for resolving mathematical problems. Gowers explained the success of Polymath saying that its process “is to traditional searching what driving is to pushing a car”. Yet, however, the fact that Gowers’s projects are still contemplated as a rarity (a provocation?) by academia, is not a good sign.

The extremely rigid system of publication of articles in journals for dissemination and the competition deriving from the economic repercussions of the research itself may serve as a stimulus on a personal level, but they often end up hindering the process on a large scale. Human knowledge cannot be divided into absolutely watertight, hermetic and artificial compartments. It is precisely the synergy between different spheres and disciplines that acts as a driving force for discovery and a pollinating agent that is indispensable for science, art and culture in general. 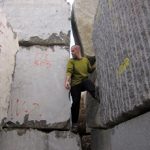 Artist who explores the aesthetics of algorithmic composition and deconstruction of the rave culture. Member of the computer music group EVOL and of the ALKU label.