A workshop organised as part of I+C+i offered Zemos98 an excuse to reflect on the relationship between the media, production and the 2.0 world. This paper provides an interesting analysis of the role of cultural activism – collective, individual or institutional – confronting or working with the media, and of participatory approaches as a means of developing new cultural innovation strategies. Digital tools are crucial, but so are the concepts of collective intelligence, digital identity, and the commons, which have such a strong presence in cultural projects today. Zemos98 invites us to come to terms with a series of key points: the dangers of misinformation, the need for critical thought, and collective responsibility in regard to information.

To complement a micro-workshop that we imparted at CCCB Lab, we decided to release our “source code” in relation to our communication approach. In this article, we explain how we believe that cultural agents should operate online, and we also share some of the ideas that emerged in the course of the micro-workshop.

As with many other small projects that focus on very specific areas within the field of culture, we have had to put up with the effects of the production processes of mainstream media: having an activity ignored in the press because on that particular day some celebrity decides to have tapas in downtown Seville; attracting the media to a press conference because some high-level politician is participating, and being unable to prevent the conversation from being sidetracked to issues that have nothing to do with the work being presented; having to answer questions that are more about the interests of the journalist interviewing you; misinformation, haste, lack of rigour; being dumfounded to discover that a TV station has sent a camera crew to the only activity in which it makes no sense for them to be there: a screening…

And so to avoid playing the role of eternal complainers, last year we decided to tackle the issue from a different perspective. Twelve months ago, we decided to organise what we called a “press conference, 2.0”. The main premises were clear: we would not rely on the institutional context, we would allow anybody to take on the role of a journalist, and we would include off-site participants through video streaming and a specific hashtag on twitter. The result was our best and toughest press conference to date, and it led us to develop and share ideas in an article that we called Beta Communication.

We are now convinced that communication should not be thought of in isolation, by a single department: it is an aspect that cuts right across projects of all types. So perhaps the question that we need to find answers for is the one posed by Edge magazine:

How is the Internet changing our way of feeling, thinking, working and creating?

This video by Henry Jenkins explains and summarises some of these ideas. In social terms, audiovisual and digital culture skills are not the exclusive property of a particular group: they are skills for the future of all citizens.

Here will outline what we consider to be the key concepts that come into play in the communication of cultural projects in the network society.

We hope these reflections have been thought-provoking. Until next time! 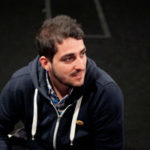 Member of the coordination team of ZEMOS98, where he is co-head of international projects and mediator/facilitator.

MOOCs: A New Tool for the Knowledge Society

This article offers an overview of the brief history of MOOCs and explores their principal features, advantages and drawbacks.