Although it is true that climate change affects the entire planet and its inhabitants, its impact is distributed unequally. The most vulnerable people are the most underprivileged – in numerous terms: economic, social, cultural and political. Women are a majority among these groups and, as such, suffer first-hand and in a pronounced way its negative effects. At the same time, they are a minority among the people who draw up the world’s climate and energy strategies. It is necessary to stress gender perspective in the fight against climate change, so that men and women equally can contribute new proposals that promote gender equality and sustainable development.

Climate change and a lack of gender equality are two of the great challenges facing us as a species. However, despite a virtually planet-wide consensus existing on the dangers of the former and, to a lesser extent, on the unfavourable situation of women, it is frequent to consider them as independent issues. In reality, however, they are very closely inter-related, especially in developing countries.

Climate change affects all of us, but it affects disadvantaged people and collectives to a greater extent. The highest rates of poverty and the worst effects of global warming occur in the same areas, South-East Asia and sub-Saharan Africa. Meanwhile, all over the world, among the most disadvantaged – and therefore the most vulnerable – women are usually a majority. In fact, they represent some 70% of the poorest people in the world.

Women: a majority in collectives most affected

Women are a majority among the rural communities (representing two thirds of the work force in less developed countries) that are most exposed to increasing droughts and desertification.

Rural women produce up to 60% of food for their households, but are rarely landowners. In the sub-Saharan area, they represent 75% of the work force, but possess only 1% of the land, according to Oxfam. And where they are landowners, in general, their lands are smaller and more marginal. In current times, 60% of people who are suffering from malnutrition are, according to the World Economic Forum, women and girls.

Women are a majority among the energy-impoverished, forced to devote numerous hours to searching for biomass to burn or water to drink.

In 2016, there were 1.1 billion people in the world without access to electricity. Of these, between 50 and 70% are women and children. Moreover, a third of the worldwide population has no access to clean cooking facilities and still has to use solid biomass for cooking.

The task of collecting biomass falls mainly to women and children, who may dedicate between two and twenty hours per week to collecting firewood and even more hours to cooking with inefficient stoves. As a result, they have less time to study, participate in other activities or simply rest. The UNESCO estimates that 2/3 of children that do not go to school are girls and that 1 in every 4 young women in developing countries have not completed primary education, perpetuating the cycle of margination. Additionally, they suffer a higher premature mortality rate due to smoky environments.

Women are the majority among the number of dead in natural disasters, such as floods or extreme droughts, with fourteen times more possibilities of dying. Gender roles have a relevant part to play in increased risk; for example, because women do not know how to swim or because, frequently, they give up their own food to children and men. Moreover, if they do survive, research seems to indicate that during extreme weather phenomena their workload increases, as they have to take care of more dependents.

Women will be a majority among the 50-200 million climate refugees (80% of women and children) who it is envisaged that towards the year 2050 will be trying to escape the impacts of climate change in their environment.

In 2016 alone, Oxfam estimates that 23.5 million people were forced to flee as a consequence of climate-related disasters such as droughts or torrential rain.

In general, climate change – with desertification, a rise in sea levels or the disruption of agriculture – causes an increase in migratory flows and generates a more hostile environment that fuels conflicts. It is estimated that in the last 60 years some 40% of intra-state conflicts have some link to natural resources or the environment.

Women: a minority in decision-making bodies

In general, gender roles, power relations, income and assets result in different contributions made to greenhouse gas emissions and different degrees of vulnerability to climate change. Thus, adverse climate impacts affect women more and accentuate gender inequalities and discrimination. Despite this, climate change adaptation and mitigation policies do not take gender into consideration.

These policies (such as those relating to agriculture, pest and disease management or conservation and the efficient use of water) are critical for sustainable development. Some are beneficial for men and women alike, such as access to clean energy. Others, such as those affected by the use of the land, may end up intensifying existent inequalities. In general, the imbalances between incomes and access to economic resources make it foreseeable that adaptation will be much more difficult for women and for households headed by women.

It is essential to ensure that women can access knowledge, information and technologies for adaptation and also that policies are designed appropriately for their circumstances. Despite this, only 33% of INDCs (Intended Nationally Determined Contributions), the national voluntary commitments to reductions of greenhouse gases presented to the United Nations, explicitly include a gender dimension and, in addition, they only do so in developing countries. Women, however, cannot be reduced to the role of victims: their contribution to climate change adaptation and mitigation is essential and vitally necessary.

If we take Europe as a sample, women are, in general, more concerned about climate change then men and are more willing to undertake actions for change.

In this sense, their participation may make a difference. For example, in India, according to the United Nations, the number of drinking water projects is some 62% higher in areas with local councils directed by women in relation to those directed by men. Moreover, according to Oxfam, farms in developing countries managed by educated women have 22% higher productivity.

The necessary contribution of women is difficult in a world where, despite representing close to half of the world population, they are infra-represented in decision-making bodies.

This lack of representativeness is general: in 2016, just 22.8% of the total of national members of parliament and 4% of CEOs of biggest Fortune 500 companies were women. And in 2011, they occupied only 7% of ministries of the environment, energy or natural resources and represented some 3% of those responsible for science and technology.

They also participate in a frank minority in the Conferences of the Parties (COP) on climate change. At COP23, held last November, women represented 38% of attendees.

It is necessary to advocate and promote the active participation of women and propose new polices – in climate and development – that contribute towards transforming social, production, economic and institutional structures in such a way as to encourage equality of opportunities and sustainable development.

Men and women have different needs, priorities and possibilities, when it comes to mitigating the negative effects of climate change and adapting to it. For this reason, we cannot disassociate policies to fight climate change from gender policies: actions and policies relating to climate change would not only be more effective if they took into consideration gender aspects but they could also promote greater equality.

Carbon Brief (2018). Analysis: Which countries have sent the most delegates to COP23?

Environmental Justice Foundation Charitable Trust (2017). Beyond borders: Our changing climate – its role in conflict and displacement. 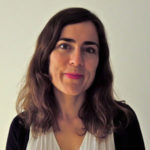 Manager of Responsible Banking at CaixaBank and collaborating professor in the implementation of Corporate Social Responsibility at the UOC.