S. A. Andrée’s Arctic balloon expedition of 1897 was an effort to reach the North Pole. Source: Wikipedia.

The changing landscape of the publishing industry is generating heated debate around the reconfiguration of the sector. It has become necessary to reflect together on the evolution of this industry and its alliance with new technologies. As well as new needs and demands, we are facing the emergence of new actors who are bringing their own production and business models into play.

For over ten years, the publishing industry has been undergoing rapid and far-reaching changes that are closely bound to the emergence of the digital world. Digital technologies have been around for decades in the form of tools used in publishing-related tasks such as writing, proofreading, translating, illustration, layout, and printing. But their impact on areas such as the management of communication, promotion, and marketing, on sales channels, on recommendations, on the media on which content is sold and read, and even on the very act of reading, is a much more recent development.

The direct consequences of the profound, radical changes taking place in the ecosystem of the book include the reassessment of the role of the main actors in the value chain of the publishing industry, the need to overhaul their production and business models, and the readjustment of each actor within the industry and the market.

Today, actors in the value chain of the publishing industry are forced to face many factors that threaten their survival:  firstly, the partial or full loss of their role as intermediaries; secondly, the move into the sector by other actors who were previously outside of it – digital native content companies, software developers, telecommunications operators, Internet and online service providers – that could end up taking their place; and thirdly, being subject to the rules imposed by these new actors and losing their power to negotiate when it comes to defining the game rules of their sector.

These and other factors are forcing publishing industry actors to reassess their business models and to redefine their portfolio of products and services, in order to bring them into line with the changing conditions, needs and requirements of the new playing field. This adjustment process may end up revealing new forms of generating the income required to ensure their profitability and sustainability in the mid- and long-term. Some of the most important factors are: firstly, the omnipresence of mobile devices and internet connections, which means that we are now exposed to a wide range of easily accessible content that seeks to attract and hold our attention; secondly, the devaluation of books as a source of access to knowledge, entertainment, and leisure due to the appeal, speed, agility and instant, short-lived gratification that other low-cost or free options such as videogames, music, videos and social networks can more easily provide; and thirdly, the rise in the number of consumers who are only prepared to pay very small amounts to access content, or who are even convinced that access should be free, and demand that it be so. Another important factor is the change in the way content is consumed as a result of the increasingly widespread use of two alternatives to the traditional model of purchase and ownership of cultural products in physical form, such as books, magazines, films and records: on one hand, paying for licences to access content under terms of use that generally restrict the mode, the amount of time, and the place of use; and on the other, the legal or illegal downloading of content free of charge.

More and more companies – often technology startups – are developing tools and services linked to the design, development, production, promotion, commercialisation, display, purchase, organisation, and consumption of content in the digital sphere. Beyond the big corporations, some initiatives that have entered the playing field in Spain include 24Symbols, Bookmovies, Manuscritics, Mylibreto, Realiza tu libro, Røter and SeeBook, which offer services that open up new possibilities, not just for publishing industry players, but also for consumers who are trying to find their place in a changing value chain. Many of the technological solutions developed by these companies can significantly enrich the experience of the consumption of content. In this sense, they are to some extent an opportunity for actors in the publishing sector who are able to identify their potential, and prepared to exploit them in order to make the most of them.

Given the initiatives that are being developed, the way they are evolving, and their future prospects, digital content areas such as self-publishing, the loan of e-books in libraries, e-reading subscription services, and enhanced books and apps appear to be particularly promising for the industry sector right now.

eBooks can now be read on a large variety of devices. Source: Wikipedia.

Looking towards the future, the survival of the publishing industry in general and of its individual actors in particular depends on aspects such as the ability to understand the changes that are taking place, to manage the adjustment to these changing conditions, to take a proactive role, and to directly participate in the redefinition that is taking place. Companies in the publishing industry also need to create new forms of generating income, to reassess their portfolio, to develop close ties with audiences and get to know them thoroughly through data analysis, to integrate a wide range of tools and services that will allow them to get the most out of their content in the digital sphere, to adjust prices to the needs and expectations of consumers, and to promote the results of their work, giving users reasons to be willing to pay to consume the products and services they are offered.

These are fascinating times for the publishing industry, as it negotiates its transition into the digital sphere and faces innumerable challenges and opportunities that it can make the most of in order to reinvent itself and ensure its survival. 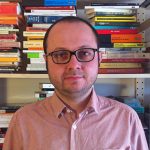 Eco-publishing Handbook: the Container Is Important Too

Rights for authors, publishers and readers

For five hundred years, intellectual property and copyright have been the cornerstone on which a huge number of business models have been built.