Since the beginning of time, humankind has told stories. But just as happened with the cinema, popular culture is taking longer to accept video games than some would like. We talk to Cassandra Khaw about the narrative potential of video games, the situation of indie games in relation to blockbusters, and the challenges of interactive fiction.

Summarising Cassandra Khaw’s bio to date is no easy task; it is very long and also very varied. She has written horror and science fiction literature (most recently Persons non grata), and worked as a tech journalist and a video games scriptwriter for Ubisoft Montréal.

The Malaysia-born writer took her first steps in the video game sector over ten years ago in the field of tech journalism. “About five years ago I drifted towards linear fiction and slightly more recently than that, I went into video games writing” explains Khaw. “I’ve always wanted to be part of the video games industry. Ten years ago I had the opportunity to write an article and I realised no one was paying any attention to me because no one knew this smaller writer in Malaysia, and I really wanted to play video games!”, she laughs, looking back at the early days.

In her talk at the CCCB, Khaw highlighted that there is nothing more human than telling stories, which is also, as she sees it, the best way of empathising with others. In this sense, although the narrative has become almost inherent in most video games, Khaw is self-critical and aware that the medium is still in its childhood and not yet popularly accepted.

“I think for video games to be accepted in the cultural whole it’s just going to be a question of time,” says the writer. “Cinema and books [have] gone through that same process. In the early years, people are slightly suspicious, but as new generations emerge and take over, things become progressively more commonplace.” She adds, “In the end, it’s just a question of waiting because, like everything before it, we have to get used to it as a society”.

The acceptance and integration of video games into pop culture seems to be taking longer than for other media, bearing in mind that games already have a history of 50 or so years. “I suspect – I am not a historian! – that cinema was potentially accepted earlier because it wasn’t ever marketed necessarily as a thing for children, and video games come across as entertainment, first and foremost. Pong and Space Invaders are not things we associate with high culture”, explains Khaw. “I think we are only starting to get around that idea and understand that play can also be a medium for communicating more serious topics”, she says. In this sense, if there is a trend that is particularly interested in addressing more social or political issues, it is indie, or independent, video games. They are usually low-budget games that don’t depend directly on a large company and therefore give their creators freedom to develop their projects, with a more creative, auteur approach than the so-called “AAA” video games or blockbusters. The term “AAA”, or “Triple-A”, emerged in the nineties as an advertising label. The major developers of the time used it at trade fairs to describe games that represented a bigger investment in development and marketing, which were expected to deliver bigger returns. In this sense, Triple-A games are a high economic risk, requiring high sales to be profitable.

Cassandra Khaw worked on several indie games, including Where the Water Tastes like Wine and Sunless Skies before going on to bigger projects with major firms like Ubisoft Montreal. Where the Water Tastes like Wine, for example, despite having voice actors and known writers, showed just how difficult it is for independent developers to survive on auteur projects, as explained in this article about the game’s low sales after years of work and a lot of investment.

“I think video games, and indie video games in particular, have the potential of being incredibly successful, but it depends on a multiplicity of variables. We’re talking about what the market wants, what the cultural Zeitgeist is interested in, even about what pop culture is expecting of people”, argues Khaw.

The writer says that she has no definite answer as to whether bolder, more creative independently developed games can continue to have a place and be viable today, because there are too many factors involved, as well as a very wide range on offer. “There might be a smash hit that no one else expects, like Untitled Goose Game, for instance”, she points out. “Untitled Goose Game is an absolute phenomenon, and it’s just about you playing as a very, very unpleasant goose. And still it worked; still people are excited. So it depends on the games and, unfortunately, also on the luck of the draw”, she concludes.

Cassandra Khaw is also convinced that the most creative or socially committed visions are not to be found only in the indie sector. “There is definitely more of a push to see diversity in AAA games”, she says, referring to God of War (2018). “Ostensibly, it’s a video game about a Caucasian – well, I guess Mediterranean parent, if you really want to think about who or what Kratos might be. He’s also a middle-aged man trying to figure out how to connect with his son”, she goes on. “On one level, it’s a very traditional AAA, but it’s also an exploration of how toxic masculinity forces men to pull in on themselves: they want to express love and affection, but they don’t know how, and God of War gives us the metaphor of Kratos, a creature of rage and hatred; how does he become tender, how does he break down his own walls to look in and touch a child?” she muses.

“Then Life is Strange 2 focuses on an immigrant family, and Beyond Good and Evil 2 [not yet on release], has a cast of people of colour”, she explains. “It’s coming; it’s not just the province of indie games. It’s still new; triple-A is realising there’s a market value to reaching out to marginalised community. But it’s happening especially with that push for diversity from the leadership”, says Khaw.

In this respect, it is undeniable that we need video games with a strong, obvious political and social message, not just to change wider society’s perception of them as childish with no cultural value, but also so that we can change our society thanks to what may be the medium with perhaps the greatest capacity for empathy thanks to the interaction factor. Khaw gives us examples of games of this kind that she recommends: “Papers, Please is an excellent example, Cart Life is a fantastic example, and the first Life is Strange is deeply interesting to me because it studies the dynamics and the relationships between young teenage girls.”

It is indisputable that video games, especially for older generations, present problems of accessibility, not just due to the price of desktop gaming platforms, but also because most of them require basic control skills and reflexes that not everyone has, particularly on first contact. Khaw considers narrative video games to be the best way of introducing people to video games. “In particular, what fascinates and intrigues me right now is the rise of interactive fiction”, she says, referring to a type that combines play with literature, in works where the reader/player can intervene and vary the plot that unfolds, though adding that in this field, interactive elements are fairly limited and minor: “So, click here and this piece of text changes, click here and you move there. And that is intuitively more familiar for a non-gamer.”

We couldn’t end our conversation with Cassandra Khaw without asking what kind of games she’d like to play or even develop that don’t yet exist on the market. “I’d like to see more games from South East Asia. Mostly we see games from North America, from the UK, and there’s a rise in games from Europe and Scandinavia; the countries aside from that are still very quiet and very much in a minority,” she reflects. “I just want to see more games from my homeland really because there are so many stories to tell and so many countries. There is so much prejudice and preconception to strip back and so much beauty to put forward to the world”, she ends. 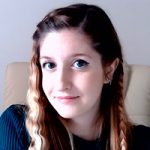 Journalist and producer specialising in video games and gender.

We explore the dilemmas currently posed by video games, a means of expression and entertainment that have come to hold a central position in our collective imagination.

We need awareness and education in critical consumption, as promotors of culture of peace, human values and nonviolence.