Despite a prolific career and a strong presence in arthouse cinemas and festivals, Boris Lehman is unknown to the general public. His films are made at an unhurried pace, working with few resources and non-professionals. Films full of simplicity and everydayness, where the work process is more important than the end result.

For Boris Lehman (1944, Lausanne, Switzerland), film and life go hand in hand, “[his] life has become the script for a film, which itself has become [his] life”. Although he is constantly filming, his films are made very slowly and tell the story of their own making. We spoke with him in the auditorium of the CCCB, in the same place where his film Album 1 (1974) had been presented the previous evening – a unique screening with live sound from Marina Herlop improvising on the piano and the voices of the filmmaker himself and Ona Balló. The piano with its lid down was still in the room and the filmmaker, who is not keen on interviews, sat down in the then empty stalls to talk about the theme that runs through most of his films: filming his life, or rather, living by filming.

For Lehman, film is a way of life and, at the same time, an attempt to bring film back to life. This is something that connects him with the early days of film, to the first films by the Lumière brothers, and also to amateur film, to those almost ethnographic images that are tightly bound in with the places that bustle with everyday gestures. It is a sort of “degree zero of film”, as the filmmaker himself puts it – an ongoing task in which he films all the time, night and day, often without a camera or making films without capturing them in any media. A kind of infinite film made up of an agglomeration of fragments, notes, sketches and objects in which Lehman tries, among other things, to sketch out his own portrait and that of others, over and over.

This obsession with self-portraits is akin to that of Rembrandt, a painter who made over a hundred paintings and drawings of himself at different stages of his life, thus introducing movement, the presence of the current moment, the flow of becoming, and the historical variation of forms in his canvases. Something similar occurs in Lehman’s films, where his many self-portraits show us constant changes and transformations over the course of more than fifty years. These representations are not psychological – on the contrary, they sketch out provisional identities carved into the flow of life, the result not of a process of implanting or extracting, but of the accretion of different moments which, in some way, maintain their historical order. So it is that time that makes his films. Many of them even embody the Proustian journey of reconstructing the past, as in À la recherche du lieu de ma naissance (1990) and Histoire de ma vie racontée par mes photographies (2002).

Lehman’s films have another major protagonist: Brussels, the city where the filmmaker lives, its buildings, houses, squares, gardens, cafés and residents. Some of his films, such as the portrait he draws of the old Béguinage district in Magnum Begynasium Bruxellense (1978), are archaeological documents of structures, people or trades that no longer exist. Others trace the filmmaker’s journeys through the city, drawing maps of his daily wanderings, drifting from one house to another, like those we see in Mes sept lieux (1999-2014), a film that is also full of those commonplace details that we don’t usually pay attention to, such as keys, cardboard boxes and old shoes, which form part of the “poetics of the days that pass”, as Jonas Mekas commented in a letter he wrote to the Belgian filmmaker about this work.

Like Robert Walser, Boris Lehman is interested in the simple, ordinary, fleeting things he encounters on his daily walks; that unexpected concatenation of minutiae and minute events which, because of their flow, attract the equally unfixed gaze of the walker. In Walser’s book The Walk, the Swiss writer describes this activity of walking, which was very important in his life and work, as a vague wandering in which the walker is followed by all sorts of subtle thoughts and curiosities, and where “the I is no longer I, but another, and precisely for that reason I again”. This description could also help to explain the sinuous lines drawn out by a series of comings and goings that constitute the space of the present ramblings in Lehman’s films, in which it is not the wherefrom or whereto that matter, but the footprints that mark his routes. Many of his films present segments of the terrain in which there is a never-ending displacement, an itinerary that is both geographical and biographical, both in the city where he lives and elsewhere, such as Lausanne, the Swiss city where the filmmaker was born. In this way, the continuous walking and filming constitute a reading and a record of the place, where the narrative of the journey also weaves a biography of the walker at one and the same time.

However, the idea of walking in Lehman’s films is not only present in the eternal daily wanderings through Brussels, but also in the constant journeys around his studio and the things he accumulates there. In his films we can see an array of personal objects that the filmmaker has collected over the years – letters, postcards, photographs, notebooks, shoes, hats, boxes, travel souvenirs, gifts, books, film cans, and many other things – that are like a fragile and melancholic museum in which, in the manner of a seismograph, we can measure the ripples of an era and a life. Of all these objects that he collects, the photographs (portraits of friends, of different places and of travels) that the filmmaker has taken over the years are certainly among the most relevant. These hundreds of thousands of photos stored in boxes, envelopes or cupboards are the traces of lost moments, fragments of ruins awaiting excavation to rescue them from oblivion – a task that the filmmaker has carried out in many of his films.

Although Boris Lehman’s films show no overt desire to reflect history, history is recorded within them. Not only his personal history, linked to the Holocaust and the exile of his Jewish family during the Second World War, but also the history of Belgium and that of the whole world, because for the filmmaker, “the self is the whole world”. In this sense, the drive that leads him to film and to investigate himself also envelops others, making room for them beside him. His films also speak of this desire to know and connect with others, of the space for meeting and reencountering friends and acquaintances that is created in his films. It is an exchange, a back and forth from himself to the other and from the other to himself, something that, for Lehman, is even more important than the films themselves. In this way, the camera is merely the instrument that allows him to make this exchange, and the screening, especially in the small and intimate spaces of the home, is the place that allows him to continue to encounter and exchange. 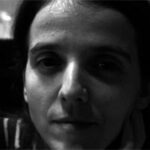 The demise of the celluloid industrial sector is being countered by ingenuity and strength in unity, film DIY has survived and is taking on the world.