Codifying human beings into data and increasing the processing capacity of computers has made it possible to create environments and machines that can adapt and respond to our actions. This interaction is facilitated by information processing, which has evolved from projecting our body and movements into a virtual environment to creating electromechanical prostheses and reactive environments. These simulations of the human being have given rise to autonomous systems capable of perceiving their surroundings in order to adapt and act accordingly. Today robots are driven by artificial intelligence which, fed with the data storm we have generated, could escape our control and reach beyond the limits of humankind.

Robots are electromechanical machines guided by a programme that grants them a certain degree of autonomy depending on their capacity to obtain and process information about their environment. These machines have been created to handle a wide array of functions: replacing humans in hazardous tasks or hostile environments, assisting them in tasks that require great accuracy and even engaging in certain games and routines, whether it is for fun or for therapeutic purposes. Advances in bionics and Artificial Intelligence (a knowledge field within synthetic biology aimed at understanding the nature of intelligence by producing artificial systems that replicate intelligent functions) allow us to speculate about a possible future where humans would interact with self-sufficient humanoids –that is, mechanical simulations of humans that would evolve toward greater and greater perfection.

Although some robots are reaching considerable levels of autonomy within controlled environments and can successfully carry out specific tasks, Artificial Intelligence is still far from producing the rebellious androids Isaac Asimov depicted in his novels or the beautiful and sensitive replicants in Blade Runner. Instead, Artificial Intelligence is dematerialised and scattered across Internet applications with which we interact on a daily basis to generate data. These virtual agents process information to offer new interactive possibilities and to increase the efficiency and responsive capacity of virtual settings. Google has recently released part of the code for Tensorflow, the artificial intelligence engine used in its online translator (Google Translate) as well as in its computerised vision system (which allows to search the Internet using images). Tensorflow is based on Deep Learning technology, a programme that estimates how neuronal networks operate on the human brain and then, after processing large amounts of data and finding patterns in them, is able to accomplish specific tasks. The potential to process data beyond human capacity makes Artificial Intelligence a desirable ally to face complex issues threatening our world, such as climate change, overpopulation and poverty. At the same time, implementing AI in autonomous machines (from military drones that can set and destroy a target to driverless cars) have led renowned scientists like Stephen Hawking to warn about the dangers of AI: “Artificial Intelligence is one of humankind’s greatest achievements, but unless we learn to control the risks, it could also be the last one”. These risks have a lot to do with the concept of singularity.

Singularity is the term coined by scientist and science fiction author Vernor Vinge to describe an intelligence explosion; in other words, the emergence of a Strong Artificial Intelligence capable of reproducing itself and evolve so much as to render humans unnecessary. The potential for Singularity has led to fictional speculations where machines take power in a self-preservation struggle. In the Terminator saga, this results in an open battle to annihilate humans. In Matrix, humans are controlled by connecting their minds to a virtual world while their bodies are used as energy sources. Investigation centres have also been created in order to study how this technology is used in society and how it affects people. This research field encompasses everything from its business applications (in cases like information-filtering algorithms that make shopping suggestions on social networks and online stores) to the ethical implications of AI military use. There are also talks about the potential for world destruction and the overcoming of physical barriers in humankind’s quest for immortality. In that sense, co-founder of PayPal Elon Musk, along with Stephen Hawking and other prestigious scientists, has signed the Open Letter on Artificial Intelligence. Furthermore, Musk has recently donated a billion dollars to establish the non-profit organisation Open AI, aimed at studying and promoting AI applications with a positive social impact. Another centre focused on studying the existential risks regarding AI is the Future of Humanity Institute at Oxford University, directed by renowned transhumanist Nick Bostrom, author of the best-seller Superintelligence: Paths, Dangers, Strategies. In his work, Bostrom analyses the path we’ve taken in our development of AI technology. He warns us on what could be potentially dangerous for humans and suggests we disregard some hazardous advances to focus instead on those that contribute to improving and promoting a Humanity+. For some, human enhancement would reach its peak by producing a complete brain emulation, capable of storing human consciousness and thus bringing about the ultimate union between humans and machines, at which point humankind would have reached immortality.

On the opposite side of cyberpunks, where minds are plugged to cyberdystopias modelled in 3D and stored in the neuronal networks of supercomputers, cyberfeminism demands policies derived from the daily experience with our bodies and informed by our capacity to establish relationships with both human and non-human entities. Cyberfeminism regards cyborgs not as a step beyond the human condition, but as a place for irony from which to experiment with new connections and artificial agents that allow us to redefine our identities, our bodies, our sexualities and even our genders. Cyberfeminism bases its practices on Situated Knowledge, a strategy suggested by Donna Haraway in her book [email protected]_Millennium. FemaleMan©_Meets_ OncoMouseTM.. Situated Knowledge is way to deal with the contradictions, possibilities and dangers of our sociotechnical world, rejecting the neutrality of science and promoting its inevitable progress in favour of wider, deeper and more open literacy. Situated Knowledge is about putting together accessible and collectively produced knowledge that helps reveal the power processes, artefacts and practices shaping the sociotechnical ecosystem we live in. The possibility of gathering data from our bodies and environments, and the ability to mathematically process such data, has made it possible for us to enhance our capacities and to redesign our environment. At the same time, however, it reinforces a corporate understanding of humans based on utility and efficiency criteria, an understanding that reduces differences in order to reach a product standardisation. Cyberfeminism and other related groups focus on hybrid practises to grant differences recognition as a source of diversity and to promote new possibilities. We need to consider the future not as a goal in itself, but rather as an endless possibility, and we need to promote collective engagement in shaping that future. After all, it is by doing so that we remain human.

Post related to the CCCB exhibition HUMAN+: The future of our species 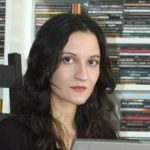 The “uncanny valley” hypothesis in robots

The "uncanny valley" hypothesis holds that when a robot looks almost, but not exactly, like a human being, it causes disconcert and revulsion in the observer,