To coincide with its 20th anniversary, the CCCB organised the Cultural Innovation International Prize, which focused on the theme of audiences in its first edition. After analysing over one hundred submissions, the organisers detected some common concerns, namely: permeability, communication, and mobility. These became the core themes of the workshop Audiences in Action, which was held as part of the programme of activities organised around the award ceremony for the Prize. It has become clear that audiences are not a passive entity but a participatory and at the same time complex and fragmented phenomenon.

For more than six years now, the CCCBLab has been exploring the world of participatory audiences, which is now at the 2.0 stage after trends such as “co-”, prosumer, and activist audiences… All this renewal implies – or should imply – a change of mentality as a result of a crisis that is not just economic but also social, environmental, and ethical. Even so, massification, fads, and superficial readings also form part of this global trend. We could say that there were two doorways that allowed these changes: that of the sector that sought the de-hierarchisation of society, and that of the sector that wanted to keep doing more of the same, but in greater numbers and with more success, and jumped on the participation bandwagon with the intention of becoming more popular and increasing “sales”, both tangible and intangible.

When we spoke about the 2.0 world a few years ago, we mentioned the possible risk of not moving beyond pressing the “Like” button and joked about the concept of Facebook-style participation. Now, social networks have become so widespread and this more superficial participation is so commonplace that we no longer question it. But if the seeds of participation – even if it is almost imperceptible, subtle and discreet – are allowed to grow into a tree… won’t it be the tree of co-creation and transversal structures? If we allow this trend or new approach to evolve, we reach the first doorway: a gradual de-hierarchisation of society, institutions, culture… That’s no easy task, and it is not the doorway that everybody chose. I don’t want to be defeatist, but six years on, co-creation has come up against some major obstacles: we’ve partially achieved recognition of multiple authorship, but what about the dilemma of returns? We’ve created open communication channels, but is anybody listening to the dialogue? Have we learnt to talk to each other? We all became more “modern” but did we truly grasp that this means working on projects, in transdisciplinary teams? That we have to contribute, value the process, have a shared objective… Or are we still creating divisions and hierarchies, imposing our ideas? These were in fact the three core conflicts that repeatedly came up in the projects submitted to the competition: Permeability, Communication, and Mobility.

And these were precisely the lines that the CCCBLab suggested I develop in the workshop Audiences in Action imparted by La Mandarina de Newton on 9 and 10 June, as part of the programme of activities organised in conjunction the award ceremony.

Participants during the workshop “Audiences in Action” [CCCB © Miquel Taverna, 2015].

The Workshop: Audiences in Action

La Mandarina de Newton had previously organised many workshops in collaboration with the CCCBLab, and this was an opportunity to reflect on these concepts and practices. It was structured around those three core ideas. One was Permeability or the movement of content, people, and dynamics from inside to outside the institution and vice versa. In keeping with this idea, the workshop was open to all, and participants were encouraged to move in and out of the discussion with their ideas, knowledge and questions. Communication has moved into new territories in which there are different channels, formats, and rules. As such, we decided to ask participants to present their projects in an increasingly accessible and prevalent way: audiovisual clips.

Our point of departure was an existing CCCB project, the 2012 exhibition Global Screen, curated by Gilles Lipovetsky, Jean Serroy and Andrés Hispano, which allowed us to develop and discuss a range of possibilities and come up with new solutions. Global Screen offered us a means to return to a series of relevant questions: How did we end up living in a world so addicted to screens (television, computers, mobiles, alarm clocks, advertising, information for trains, buses, flights, etc.), and saturated by cameras? How do we survive in this environment? How do we manage all that information? How many of those screens are 1.0? And how many are 2.0? What are the differences between them? How do they benefit us? How do they complicate our lives? How do they change us?

The following projects were developed during the workshop:

1. Create a toolkit for the co-creation of exhibitions


This project is a good distillation of the work and reflections of the past few years, such as the project Expolab: From Contemplation to Participation, and Beyond, devised and directed by Mandarina de Newton in 2010. The key idea of Expolab was to create an exhibition laboratory in which to explore the democratisation of exhibitions and curatorship through the co-creation of an exhibition about technology. We collaborated with The Tech Museum in San José (California) through its Tech Virtual Museum, which was one of the first career challenges of Nina Simon, a museum director who also participated in the award ceremony for the Cultural Innovation International Prize in a talk moderated by Conxa Rodà. Other relevant projects in this section include Science of the City and the Global Screen virtual project.

2. Distribute urban culture, in such away that citizens can discover it almost by chance

This reverses the usual model in which cultural audiences go and seek “culture”, in favour of one in which citizens encounter “culture” in their day-to-day lives.


We increasingly value site-specific knowledge, without intermediaries. For instance, it is increasingly common to see a dance performances on the underground, in a market, or in a museum. The Mostra In Situ annual programme, in which we collaborated with a piece entitled Dia Zero by Anna Rubirola, aims to bring attention, recognition, and contextualisation to independent productions in the field of movement arts in Catalonia. With this in mind, it takes choreographers and performers to places in which people go about their daily lives, rather than attracting audiences to a theatre.

3. To generate a piece or installation that feeds off interactions between people creating networks and links


This project reminds us of a work by the artistic duo Christa Sommerer & Laurent Mignonneau, two renowned, innovative figures from the international media art, interactive art, and transdisciplinary – another key word in this new era – scenes. Specifically, the work was Eau de Jardin, which was part of the exhibition Living Systems. Christa Sommerer & Laurent Mignonneau which was held at Arts Santa Mònica in 2011.

This was perhaps the most daring project. And it brought to mind another project that was almost as transgressive as the one we tackled in the workshop: Kukuxumusu Relocated. Over a two-month period, 22 workers from the company Kukuxumusu moved into Moisés Pérez de Albéniz Gallery in Pamplona and made it their headquarters. This artistic project by Mikel Urmeneta, one of the three founders of Kukuxumusu, was a means of carrying out an organisational exploration: turning the company into a work of art exhibited in a gallery was quite an extreme extrapolation of the concept of the ready-made. The exhibition was online while the project was taking place at the gallery, so that internet users could follow the company and its workers twenty-four hours a day. Just by turning on camera 3 while a meeting was taking place, anybody could see and listen to the company’s management, clients, suppliers and licensees talking about issues that were vital to the company. Or watch a live broadcast of the 22 people working. Audiences couldn’t vote, but the company was in a difficult situation at the time, and had implemented a labour force adjustment plan for its workers. A new Kukuxumusu emerged from that adventure, very different to the one that had existed at the outset.

We have many years of work and reflection behind us. There have been many projects, there are many ideas to be implemented, and many examples that will allow us to continue to grow… There are still conflicts to be resolved, and the changes are so far-reaching that there are always new questions to answer and solutions to find as we work to develop a new, more transversal, democratic and evolutionary paradigm.

Are we ready for the journey? 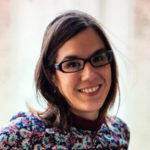 Founder and director of La Mandarina de Newton, SL, a science and technology dissemination and communication company. She has collaborated with centres such as CosmoCaixa Barcelona and the Tech Museum of Innovation in California.

Cultural Innovation International Prize. A Synthesis of the Projects Submitted

Focusing on the projects accepted for consideration we try to find connections between the submissions.