Although we usually remember Pier Paolo Pasolini for his filmography, by the time his first film, Accattone, was released in 1961, he had already published numerous poems and two highly acclaimed novels, contributed extensively to cultural and literary publications, and established himself as one of Italy’s most important writers. Pasolini was a great and highly versatile artist, and as such his foray into the world of cinema did not prevent him from continuing to write poetry and prose, to direct plays and design sets, making him one of the leading intellectuals in post-war Italy and one of the major cultural figures in the turbulent European culture of the second half of twentieth century.

“Why create a work of art when dreaming about it is so much sweeter?” asks Pasolini, dressed in a smock in the last scene of the  Decameron. In the sixties, this visionary Italian artist had already started to repeatedly use the word “laboratory” and to stress its meaning when talking about his workspace. Nowadays, the word “laboratory” or “lab” is very often used to describe spaces and projects that focus on research, experimentation and innovation.

On first considering the term, the first thing that springs to mind is scientific terminology. Why use an a priori scientific term to describe a place for artistic creation? What does the existence of these spaces mean?

If we delve into the origins of this word, we find that the Latin Laboratorium means a place for labour or work, and that the verb laboraro means to work, to produce, to cultivate. In the 18th century, for example, the word “laboratory” was used to describe the studios of painters, sculptors and printmakers, as well as, more generally, any place in which people made things with their hands.

Nowadays, the use of this term has spread into many different spheres: photographic lab, language lab, film lab, arts lab, cultural lab, and so on. And more recently, new types of spaces and departments have been springing up with the term integrated into their name: Medialab, Hacklab, Crealab, ArtScience Lab, etc. More and more often, it turns out that artistic creation and technological research – which were previously quite independent spheres – are actually an inseparable part of all innovation. The ever-growing number of arts project connected to computer and multimedia technologies highlight the need for these interdisciplinary collaborations. With the backing of cultural institutions and certain financial players, these new convergence models go hand in hand with the creation of new frameworks that are explicitly designed to bring together art, science and technology. It is about organising the interaction between them so as to bring about reciprocal learning and multicentric production.

This “creative research” into art and technology promotes collaboration and interdisciplinary work among artists and scientists and creates situations in which their skills merge and the distances between work of art, technological invention and commercial innovation are reduced. The two key criteria that define this type of research-creation are interdisciplinary teamwork on one hand, and the imperative of a research programme that cuts across several artworks or projects on the other.

Delving further into the nature of these spaces we call laboratories, we find that we can deduce a few more shared characteristics (with different degrees of importance and levels of priority according to each specific case): education, innovation, social usefulness, and contact with the public.

As experimental labs and artists’ collectives, these spaces provide room for research, experimentation and artistic creation, but they are more than just workspaces: they can also be points of information, or provide production and educational support. Some labs are conceived as spaces of innovation – platforms that create favourable conditions in which to merge art and other disciplines through the creation of a project. Other labs engage the public, so that audiences collaborate in the creation of different kinds of experiences that revolve around participation and interactivity. In fact, the relation with (future) audiences is a key element of the artistic process. On the other hand, even though art and science use different approaches, both have always been closely linked to reality and to social problems, and Different kinds of laboratories study their own impact in everyday life and their role in society.

In any case, although they share all of these characteristics, it is difficult to define precisely what laboratories do because their objectives are so varied (research, education, artistic production, exhibition, social and humanitarian action, etc.)

In the 1960s, Pasolini worked in his laboratory, putting into practice this creative, multidisciplinary attitude through writing and re-writing, restoring, making compilations of signs, summaries, notes, sketches, lists of titles, scripts, criticism, plans for future works – different types of activities that he carried out simultaneously and in constant interrelation.

As the multifaceted Pasolini found in his own laboratory, labs promote this context of convergence: the cross-fertilisation of the arts, the media, technology, and even political and economic ideas. A type of research-creation that brings about a profound change in the artist’s way of working and in the purpose of artistic creation.

From Pasolini to today’s laboratories, what innovations remain relevant now? What is this great potential for change?

Our very own laboratory, the CCCB Lab, presents a special I+C+i “Pasolini at the Lab”, which will explore this idea raised by Pasolini, and focus on the debate around the concept of the laboratory in relation to art and culture today. 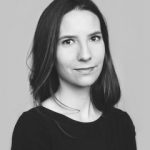 Specialist in digital and interactive technologies and communication. She has collaborated with the CCCB Lab, the Indianapolis Museum of Art and the CAPC Musée d’Art Contemporain in Bordeaux.

Davide Toffolo talks about him as an author of graphic novels and thinks about the future of culture and his ideal cultural lab.

What does innovation mean?

The call for entries is now online for the inaugural Cultural Innovation International Prize. You can submit your project until 5 February 2015.