A protest rally against the deportation of illegal immigrants to Cyprus by the British authorities. Tel Aviv, 1946 | Kluger Zoltan, National Photo Collection of Israel | CC BY-SA

If asked about the origins of democracy, we will surely think of the Athens of Solon (594 BC). However, in a society dominated by aristocrats, the concept of demos was not necessarily associated with values that are virtuous. We approach this historical event from a particular perspective, in which democracy does not arrive through a kind of natural evolution, but rather as a result of Solon’s response to the “unrestrained insolence” of a demos that criticised the pre-established order. In the confrontation between the classical virtues and the shift in them as a result of the emergence of the demos, we can find a thread for rethinking our current situation

Once a man is raised too high, it is not easy to restrain him thereafter.
Now is the time to see all this coming.

The people, the demos, makes a forceful emergence in the history of Athens at the dawn of the 6th century BC. Paradoxically, the democratic history of Athens (ancient and modern) is a history in which that people is absent. And although it is true that a people never presents itself fully, and the very concept of “people” is a cause of numerous suspicions, it seems as though in a succession of great names associated with the elites (Solon, Peisistratus, Cleisthenes, Pericles, etc.), democracy would evolve naturally, completely effortlessly, as a result of the moderation of the rulers or of a constant intra-elite conflict that forced them to make pacts with those who did not walk upright.

We know that the demos had to keep silent from the famous scene in the Iliad in which Odysseus uses Agamemnon’s sceptre to beat Thersites, an Achaean soldier of non-aristocratic descent who “knew within his head many words but disorderly [ou kata kosmon], vain, and without decency, to quarrel with the princes”.

If we accept the metaphorical supposition that Thersites embodies that demos, we will understand that for the aristocrats, the people combine moral baseness and ineptitude in their words (Thersites does not talk; he “croaks”), as well as the shame of dishonour (“the basest man who came to Troy”) and, why not, the ugliness of a wretched body (he was bow-legged and lame in one leg, with shoulders stooped and drawn together over his chest, and a pointed head).

What draws all these traits together is that Thersites was above all unmeasured (ametros), just as the people proved to be, at least in the event that we will be considering. And if any kind of innovation took place in Athens, it was probably due to this lack of moderation.

Insolentia, in its Latin use, denotes a certain arrogance, an excess, but also hints at something novel, unusual or unfamiliar. Insolence is not necessarily at odds with ingenuity, imagination or intelligence (and there is no reason why we should doubt that the demos possessed these qualities), but it denotes something along the lines of suspending the usual order of things, which today we call “consensus”.

What violently precipitated a whole series of political innovations in Athens, grouped together under the rubric “Solon’s reforms”, in around 594 BC, was an insolent act of insubordination. A shockwave that whipped up that sea which, according to Solon’s poem, is of all things the “fairest”, the most similar to justice, when it is not lashed by the wind. The material and historical conditions were served: in the early 6th century BC, it is said that the poorest classes, hektemoroi and thētes (tenant farmers and day labourers), lived drowning in debt and living in humiliating conditions of slavery. Sources say that with the lands shared between few hands, the poorest were forced to secure their debts through bondage of their own labour or their children’s. Many had to emigrate and, according to Plutarch, the inequality (anomalia) between rich and poor was such that the people in its entirety was in debt with the rich.

With the city on the brink of collapse, positions must also have become increasingly extreme: inhabitants of the mountainous regions favoured a radical democracy (if we heed the superlative in the Greek text) while those of the plain favoured the oligarchy. Aristoteles wrote, as though in passing, about a forgotten detail that makes sense of everything we are discussing here: that the many then rose up against the few.

The uprising of that unsubmissive multitude with egalitarian aspirations not only led to an improvement in their life situation but also politicised Athenian society. Solon’s poetry is, in fact, marked by a novel political view of human affairs that puts each citizen in relation to the whole of the city: “In this way does the misfortune of the demos come to each man’s house: doors no longer suffice to keep it out”, says his poem.

Since the oikos, the home, is no longer a refuge for anyone, the fortunes of the demos become a political problem that concerns the masses and the elite. In fact, according to the usual interpretation, it is said that with Solon, the neutrality of those who did not want to take part in the civil battle became punishable by law.

The best-known measure adopted by this middle-class aristocrat was perhaps the seisachtheia, translated as the “shaking off of burdens”, and it consisted of a very contemporary cancellation of debts, as well as the release and repatriation of citizens enslaved and exiled because of these.

Within the context of the contemporary debate regarding the common, the correlation between politicisation and the suspending of a debt (which today we would call an odious debt) forces us to question the relationship between duty and political freedom. Especially in contrast with contemporary authors following the line of Roberto Esposito, who although they endeavour to frame the debt of the munus (obligation of giving, debt, charge) within the context of a “gift economy”, continues to think of the reciprocity that underlies the communal based on a void that we will never be able to fill.

In fact, the aforementioned seisachtheia, taken as a philosophical-political concept, is a kind of immunitas, of immunisation: exemption from a tax, relief from a charge, or cancellation of a debt, which reformulates in political terms the meaning of the communal, founded thereafter on what the citizens have ceased to owe.

It was not in vain that Solon reiterated time and again that he had freed the citizens, a freedom that he even extended to the “black land” that was home to the life, thereafter politicised, of the good and the bad (agathoi and kakoi), nobles and subordinates. The reform attributed to Solon includes the organisation of society into four classes (pentakosiomedimnoi, hippeis, zeugitae and thētes) based on the amount of money people possessed, which brought with it a dual effect: on the one hand, social mobility, which broke the separation of the ranks (“the noble weds a base man’s daughter, the base marries a worthy man’s daughter: wealth mixes stock”, sang Theognis); and on the other, the standardisation of political status through its equivalence in money.

The demos won full access to the assembly and courts. The Areopagus, an aristocratic-monarchic institution, would lose centrality against the renewed council and the people’s assembly. And according to Aristoteles, the people went on to hold maximum authority over the vote and, therefore, over the political power or, to put it another way, over the effective constitution of the city.

Unsurprisingly, in Solon’s poems, justice and eunomia, good political order, are irremediably associated with a certain idea of equality (“equality does not create war”), and this, in turn, with an incipient economic and political rationality that marks it in a determinant way.

In particular, for Solon, equality and justice adopt the form of a meritocratic proportionality (perhaps that is why the day labourers or thētes continued to be excluded from public office). As he recalls in his poem:

“For I gave to the common people as much privilege as is sufficient for their purposes, neither adding to nor detracting from their dignity. And as for those who held power and were distinguished for their wealth, I decided they too should have nothing disgraceful. I stood with my strong shield around both groups, and suffered neither side to gain an unjust victory”.

It is glaringly obvious, however, that for equality to be proportional we must decide firstly the “value” of each of the equals, with the aim of assigning each their corresponding status position in a hierarchy of dignities that can be considered just. Which forces one to ask this question: who decides the “measure” of said value, and how? Is that evaluation exempt of violence and conflict?

The purpose of Solon’s project was, among other things, to curb the demotic excesses of popular leaders that he qualified as “unjust”, called to pay with great pain their “enormous arrogance, hubris”. Solon did not come to found democracy (which we must believe he considered unjust), but to attenuate the effects of a recklessly egalitarian uprising, saving the aristocratic principle of distinction within the context of a highly monetised society. As one commentator has written, if eunomia is good it is because it is capable of establishing a balance between the masses and the elite, between the emancipated and the subordinate.

But for the subordinate who wants to live differently, justice cannot be of a proportional type without becoming a negotiation whose aim is precisely to agree the degree of subordination one is prepared to accept. In fact, Solon’s great success was to introduce the civil conflict into a negotiation dynamic. The oft-mentioned prudence of Solon, in other words, the idea of measure, of proportionality (“give to each his due”), cannot be understood without this fragment that links it to obedience: “The people will follow the leaders best if it is neither given too much license nor restrained too much”.

For this reason, those of us who want to repeat the question about political equality today should, perhaps, start to think that maybe it is disproportion that nests at the heart of the egalitarian relationship. Or to paraphrase one famous philosopher, that justice is always “out of joint”, like an abject body and the disarticulated word of Thersites, both incapable of conforming to the heroic and aristocratic measure of virtue, and also incapable of adapting to themselves.

It was not in vain that the zeugitae who rose up together with the day labourers received their name from the Greek term zeugos, whose meaning is none other than “yoke”, the instrument par excellence of the shared (“communal” some would say) burden, imposed or freely adopted, but under no circumstances alleviating. That yoke, obviously, points towards farming labour, but it is also connected with the phalanx formation of the 5th century BC, in which the Hoplites so often, and so prosaically, gave their lives for that of the city.

In fact, Solon prohibited funereal poetry, the dirge that exalts the deceased. By the 5th century BC, funeral prayers would no longer recall the name of the fallen, thus showing loyalty to a tendency — never complete, but definitely revelatory — towards political standardisation and uniformization, which makes us suspect whether classical democracy is an ideal place for recognising equality in its deepest emancipatory sense. 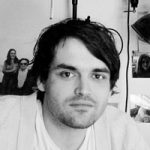 A reflection on the dangers and causes of disinformation within a context of lack of certainty and disaffection with the current system.

In the future, we will be able to automate some of the tasks of government, and have tools that allow us to empower citizens and promote their participation.