The industrial food system breaks down biological cycles and the surrounding social networks and separates us from an important part of our agrarian and food culture. It does not take into account the needs of the other elements that allow crops to grow and thus it depletes, homogenises and contaminates the crops, with the subsequent consequences for our diet. With agroecology, in contrast, an inter-dependence exists between all the elements, human and non-human, that make up the food ecosystem: the culture of the earth, of our seeds and of foods.

If there is one thing that makes people human, that one thing is culture. The world culture comes from the Latin cultura, and this word in turn comes from cultus, “cultivation”. In short, our first forms of culture were growing crops. So cultivating the land means cultivating ourselves and that is the start, the initial seed, of the different cultures coexisting on this planet. Agroecological science is a science that seeks to encompass and understand the culture of the land, the culture of our seeds and the culture of our foods, from a holistic viewpoint and one of interdependence between the humans and non-humans that inhabit the planet Earth.

As a principal objective, agroecology seeks to cultivate the lands to feed people and offer those foods that the ecosystem itself, with its soil and climate characteristics, and in its millennial relationship with farmers, can produce at the appropriate time. And it is that what? (food), that how? (ways of cultivating), that when? (the season) and that for whom? (men and women) that, over the course of the years, have gradually shaped our agrarian and food culture. So, for example, what would be of Catalan culture without Mediterranean cuisine and the Mediterranean diet? Clearly we would be lacking something. Those of us who live in Catalonia, right on the shores of the Mediterranean Sea, are proud of having a food culture that is recognised by the UNESCO as intangible heritage:  the Mediterranean diet.

And agroecology precisely reminds us of this: that this diet has been shaped over the course of the centuries by interaction between the people who cultivate food with the Mediterranean agro-ecosystems characteristic of our territory, and the people who cook these foods with the products of these lands. They are, in turn, the creators of the cultivated landscapes that we know and to which we feel deeply attached, landscapes that make up our agrarian heritage and at the same time have been the protagonists of numerous poems and songs: almond tree groves, olive tree fields, crop terraces and dry stone walls. A culture that we share with other peoples along the borders of the Mediterranean Sea such as France, Egypt or Palestine. Again, culture cultivates and reaps cultures, solidarity and exchanges (of knowledge, of seeds). From that holistic dimension, agroecology also insists to us that everything, absolutely everything in the act (or art) of cultivating, picking, transforming or preparing food products, is related. Inter-dependence exists between all the elements that compose the food agro-ecosystem, whether human or non-human. That inter-dependence and holistic view are, however, what make a break with the industrial food system, making us simply see the end product isolated from everything else, whether that product is a hybrid seed in the hands of farmers or a piece of toasted bread with olive oil and tomato in the hands of the person about to eat it. However, neither the seeds nor the toast are products that emerge from nowhere. They are elements that interact with other elements in the system, human and non-human, and without that interaction, they would not be what they are or, probably, they would not even exist.

Thus, for example, rural seeds are the fruit of co-evolution between people and plants, generating what we know as one of the two most important assets at present: traditional knowledge. Rural women have been selecting these seeds, over the course of history, seeking those characteristics that are best adapted to their needs and their territory. The seeds have been exchanged between different people, men and women, generating new seeds with new characteristics.

In Catalonia alone, the germplasm banks contain some 4,000 registers of different vegetables, and however only a few hundred are marketed. These seeds were cultivated, and from them foods emerged that filled our plates with foods that are also the fruit of the exchange of knowledge and experiences, usually also between women. The simple slice of toast is a developed food product, the result of interaction between people who grow wheat, olives and tomatoes, with their lands, and people who mill the wheat or extract oil from the olive. But the industrial food system breaks down biological cycles, breaks down nearby social networks and, above all, separates us from an important part of our agrarian and food culture. In other words, artificially industrial agriculture breaks inter-dependences that join us to the territory and to other human beings. And we see that the seeds, exchanges and recipes, are now elements for rescue. Thus, for example, in an industrial system, hybrid seeds (high-yield varieties) belong to a technological package that can be exported to anywhere on the planet where good conditions exist for cultivation (the best lands). They are subject to the law on intellectual ownership, which means that they go from being a shared asset to being a private one and they can no longer be exchanged. Only the “fortunate few” who can afford (or take out loans) to buy the technological packages can grow them. I consider that these intellectual ownership laws that emerged in the 1960s as one of the first attacks against culture, its privatisation. Traditional knowledge, in contrast, is open access and creative commons. But also, these hybrid seeds exist for only a few species. Therefore, of the 7,000 crop species that over the course of history have served to feed humanity, at present our diet is based fundamentally on four: potato, rice, corn and wheat, which supply us over fifty percent of our food on a worldwide level.

With the industrialisation and urbanisation processes of our societies, our diets are becoming poorer and poorer, more uniform and artificial, in other words, less healthy, in a process known as the “nutritional transition”, characterised by a high consumption of saturated fats and sugars through processed foods and products of animal origin. A diet that causes illness among people (in Catalonia alone, one in three children are overweight and therefore at risk of suffering diseases such as Diabetes type II or heart disease when they are adults) and whose healthcare costs are externalised and we will all end up paying. Also, since the ultimate aim of industrial agriculture is to produce and produce (not to feed people in a healthy and nutritious way), it does not have in mind the needs of other components that make it possible for crops to grow, in other words, the organisms that inhabit the soil, or the quality of the waters in the territory. In this way, it makes the ecosystems within which crops have to grow poorer, while contaminating them and homogenising them.

This represents another externalisation of costs and another attack on our cultures. Therefore, from agroecology we have another form of looking at the world. Our philosophy is not that of producing with maximum efficiency, but that of producing healthy and nutritious foods that respect the environment and take care of the people that produce them and consume them. The objective of agroecology is the reproduction of the agro-ecosystem, in other words, the reproduction of life. For this reason, it puts at the centre the seeds, people’s health and care of the environment, among others, including assets for reproduction. For this, from agroecological science holistic thinking and the systems vision are introduced into a perfect match between different scientific disciplines (from sociology to history or agronomics, passing through nutrition and ecology), and the knowledge  of people who are farmers, transformers or preparers of foods, with the ultimate aim of designing sustainable agro-food systems. 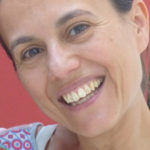 Ramón y Cajal researcher at the Universitat de Vic-Universitat Central de Catalunya. Expert in the analysis of agrofood systems from production to consumption.

The mind is a mysterious phenomenon. To acknowledge this mystery is not to mystify the mind but to express our recognition of the complexity of the universe.

A text playing on the history of the potato, on the frontier between essay and fiction, tensing the format of a text, to think about literature and other knowledges without floodgates.