Young children of today will be shaping our world very soon, and it is our responsibility to provide them with a richer and more creative education – away from the burdens of the 19th century education we are still relying on – and a grounded computer literacy, that will allow them to be freer, engaged, open-minded, creative, and more prepared for the inescapable radical cultural, socio-economical and ecological shifts we are already beginning to experience.

If we start by considering ICT and education, while there is no doubt that there have been tremendous strides in the take-up and use of ICT in school over the last decade, and that there have been many positive impacts on children’s learning, it is also true that developments in the use of ICT in schools tend to lag behind developments in other areas of life (the workplace, home), and today, the use of computers in schools largely concerns the use of desktop (increasingly laptop) machines, whilst outside of school the use of computers consists increasingly of devices that bear little resemblance to those desktop machines of the 1980s and different approaches to interacting with digital information and representations are emerging . Moreover, it is not only a matter of which devices are being used. Even if mobile devices and interactive whiteboards or ‘smartboards’ are becoming increasingly common in European classrooms, the organization of teaching and learning practices remains fairly unchanged from pre-ICT days. Although there are many examples of innovative uses of technology, unfortunately, the vast majority of technology use in learning has arguably not yet caused substantial and fundamental changes in education. In his book Out of our minds, the well-known author, speaker and advisor on education, creativity and innovation, Sir Ken Robinson affirms that it is crucial that we redefine education and training as we know them, in order to enable people to be flexible and adaptable, and ready for the global revolution we are all caught in as a result of technological innovations and population growth. And he is definitely not the only critical voice.

Mitchel Resnick, Director of the Lifelong Kindergarten group at the MIT Media Lab and one of the world leading researchers in ICT and children education, affirms that while new digital technologies allow for a learning revolution, they certainly do not guarantee it. Even though scientific and technological advances are transforming agriculture, medicine and industry, technologies in education are still mostly used today to simply reinforce outmoded approaches to teaching and learning which remain largely unchanged. If we use computers simply to deliver information to students, we are missing the revolutionary potential of the new technology for transforming learning and education. To take full advantage of new technologies, we need to fundamentally rethink our approaches to learning and education, and our ideas of how new technologies can support them. As stated in a recent OECD document, “it is the quality, rather than the quantity, of ICT usage that determines the contribution that these technologies make to students’ academic performance”.

We cannot afford anymore continuing to conceive education as a linear process of preparation for the future, but that we should rather understand education as the cultivation of the talents and sensibilities through which we can live our best lives in the present and create the best futures for us all. Solving urgent difficulties is clearly needed, but this should definitely not prevent us for looking further, trying to anticipate this growing educational problem, and recognize the urgent need of R&I from different disciplines (computing, technological, pedagogical, cognitive and psychological sciences), with the objective of improving our knowledge of how ICT can enhance and play a transformative role in learning and teaching. Traditional educational systems, which too often assume the existence of only one correct or at least one preferred answer to any problem, strongly inhibit innovation processes and the generation of new ideas. This means that a creative pupil, or one with a different cultural background, is often considered as a source of distortion and distraction in the process of acquiring the knowledge that the teacher desires to impart.  Teaching for creativity involves asking open-ended questions where there may be multiple solutions; working in groups on collaborative projects, using imagination to explore possibilities; making connections between different ways of seeing; and exploring the ambiguities and tensions that may lie between them and, in that sense, should not be reduced to arts, since it plays an essential role in all the areas of human knowledge and progress. Computer programming can definitely be also one of these creative areas. Mitchel Resnick also gives some additional key guiding principles for the development of creativity tools for children: support authoring, support novices, provide a wide range of exploratory activities, provide opportunities to encounter powerful ideas, support many ways of getting things done, favor simplicity, make basic instructions map to concepts that matter, enable children to get a lot done with little programming, invent things that you would want to use yourself, and iterate development. According to, the recent surge of computer-based products that, under the banner of “edutainment”, claim to integrate play and learning, often miss the spirit of playful learning, seeing education as a bitter medicine that needs the sugar-coating of entertainment to become palatable. They provide entertainment as a reward if you are willing to suffer through a little education, as if learning was the most unpleasant experience in the world. This comes from an industrialized vision in which the user is seen as a passive recipient of services, in which studios, directors, or actors provide you with entertainment, while schools and teachers provide you with education.

Additionally, these educational issues may have deeper political and social consequences that we can imagine. It is not about raising the efficient and productive workers, the submissive and obedient slaves of the near future. It is exactly all the contrary.

The growth of digital technologies within recent decades has been indeed spectacular, permeating nearly every area of work, leisure, and learning through an increasingly ubiquitous and diverse set of devices, data sources, services and infrastructures. However, it is essential to understand that the relationship of the majority of citizens to technology has changed little over the same period. We are still primarily passive consumers of digital information rather than active creators of our own content. For Papert and Resnick, respectively responsible of the programming environments for children LOGO and Scratch, being digitally fluent involves not only knowing how to use technological tools, but also knowing how to create things of significance with these tools, which unfortunately, is not how most people use computers today. Pushing the metaphor with human languages, Resnick argues that fluency with language not only has great utilitarian value in everyday life but also has a catalytic effect on learning. When you learn to read and write you are in a better position to learn many other things, and this applies to any age of life.

Wikileaks, Anonymous… Only two names that show what most of us already know: that resistance or riot can only happen today, through the dominion of technology, and that, fortunately, the weapons that the most powerful governments have are the same ones that independent hackers have. “Apply your enemy’s force against himself”, as the judo and other martial arts philosophy say, can now be more precisely used than ever.

The Revolution will not be televised, sang 42 years ago Gil Scott-Heron, the afroamerican poet and singer, who died recently. Maybe he was a little bit mistaken, uncapable to anticipate the impact of the social newtworks and the web 2.0. But maybe he wasn’t so wrong after all. We’ve been talking a lot about how Facebook, Twitter ad Youtube have been important in the development of the Arab Spring, but maybe we shouldn’t be so naïve. Do you think that Google or Facebook would have been so tolerant and condescendant if instead of islamic springs we would have been talking about a “Second North American Revolution”?

What this planet needs are not more unconscious, naïve, wealthy and tamed Facebook users, complacent twitters or technophiles converted into Apple fans. What this planet really needs are legions of competent digital literate that can be prepared for the difficult circumstances that we are about to face. 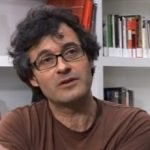 Graduate in Physics and Doctor in Communication, he is an expert in Musical Technology.

Educating in the Digital World

How can we prepare the younger ones? We explore how the new models of teaching and learning in the digital era are taking shape.

A revolution in education. Interview with Sergi Jordà

Digital Education is not Just Training in Digital Literacy

The Amazing Web 2.0 and expanded education

Learning and Teaching with Digital Technologies

When integrating ITCs into the classroom it is important to evaluate to what degree it enriches the relationship established between students, tasks and contents, and teacher.