_BIG BANG DATA is an exhibition about the ‘datafication’ of the world curated by José Luis de Vicente and Olga Subirós with ZZZINC activities management. In the lead up to the opening in May 2014, CCCB LAB offers a window into the production process through a series of articles in which the curators offer a preview of the principal strands of content.

The production of massive volumes of data is one of the key facts of our time. As the cost of storing digital data plummeted over the past fifteen years, the number of devices and sensors that capture, produce and transmit data has grown exponentially. Some 2.5 trillion bytes are generated every day, and as much data was as produced in 2009 alone as in the entire history of humanity up until that point. The information explosion is growing unchecked, and nobody knows where it will end.

This deluge of information is preserved by the booming data centre sector – the physical, tangible reality that discretely hides behind the misleading metaphor of ‘the Cloud’. The vast industrial infrastructure that spreads throughout the globe and stores memories, words, images and actions already represents two percent of the world’s electricity use, equivalent to the energy consumption of a country like Norway.

But Big Data is more than just an industry, and it promises to bring about a fundamental transition in the history of knowledge. Over the last decade, scientific and academic institutions, government departments, and organisations that are forging new languages for communication have had a growing sense that behind the data explosion lie new ways of solving problems and formulating questions that will lead us to radically rethink how science is practiced, how value is generated in the economy, and how we organise ourselves politically and as a society.

The data that is produced by sensor networks in industrial technologies and infrastructures, but also by individuals in social media, via mobile phones, credit card transactions and GPS devices, are now seen as an opportunity and a powerful tool. Numerous disciplines and fields of knowledge, from physics to urban design, historiography and healthcare, are exploring the enormous potential of analysing massive amounts of previously unavailable detailed information. Understanding this data and making them understandable to others also requires a new language, and new means of expression. Notes on Matters Affecting the Health, Efficiency, and Hospital Administration of the British Army (1858). By Florence Nightingale. Source: Wikimedia Commons.

A data-driven culture will also be an eminently political culture. Data can be a key element in promoting a cleaner, more participatory democracy and more efficient administrative management models. However, data can also be wielded as a means to establish an unprecedented state of mass surveillance. Access to data, their value, and the right to their use are at the heart of many contemporary conflicts: from the fight for transparency to the political repercussions of the Wikileaks and Snowden cases, and the commercialisation of privacy by the Silicon Valley giants.

Is data the new oil – as technology entrepreneurs like to claim –, a source of infinite wealth? Or should it be first and foremost a tool with which to build a new political culture based on transparency and accountability? How does data force us to revise our traditional view of privacy? Rather than accepting the role of passive consumers, or resigning ourselves to being turned into products by those who sell and market our privacy, can we be active, critical and committed producers of data?

From May to October 2014 at the CCCB, BIG BANG DATA will be explore the effects of the data tsunami, the technological innovations that made it possible, and its impact on science, culture, politics and society. BIG BANG DATA is the first instalment of BETA, a series of projects that explore the critical spaces at the intersection between science, technological innovation, culture and society. For over five months, the exhibition room on the Level 3 of the CCCB will become a “temporary institution”, a hybrid space combining the exhibition format with production and reflection processes that offer visitors the necessary tools to make sense of emerging fields that have a very direct impact on our lives today.

The exhibition will combine art and design projects, historical documentation, prototypes of new services and technologies, and interviews with experts from around the world. But in addition, the exhibition space will also host a laboratory, with resident researchers, that will become the venue for a series of participatory projects and activities throughout the five months of the Big Bang Data project.

BIG BANG DATA includes an extensive programme of workshops, ‘hackathons’, educational activities for different target audiences, and meetings of local communities. It will coincide with related projects such as Big Data Week – a network of events held in 25 cities around the world – and will be present in different forms at many of the festivals, conferences and fairs scheduled to take place in Barcelona during the same period.

Until the space opens in May 2014, CCCB LAB offers a window into the production process of BIG BANG DATA through a series of articles in which the curators expand on the core ideas that the project will revolve around. 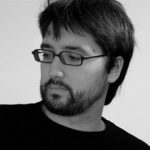