The LAB concept has been a great success, but we need to engage in some critical and self-critical reflection on the use and abuse of this ubiquitous monosyllable. Ramon Sanguesa, a key figure in lab culture, reflects on the Californian model, the creation of communities, and the role of institutions in the citizen innovation kitchen.

Take a deep breath. Get ready for the next paragraph.

You can breathe out now.

The “lab” concept has been a great success, there’s no doubt about it. It had the good fortune to be appropriated by all kinds of actors: public, semi-public, private, and any combination you can imagine. If you want to project a certain image, you have to attach yourself to those three letters. L-A-B. To paraphrase Spanish punk-new wave group Los Toreros Muertos, you have to be able to say: “You want a lab? We’ll show you a Lab!”

Not all labs are equal, but the labs we’re talking about are nothing like the old white-coat labs. Rather than producing pharmacological molecules (and I’m not talking about Bernard Stiegler’s pharmacology), these entities/activities produce changes in the spheres of culture and citizenry. Or in the interaction and overlapping of the two. Basically, we’re talking about ways of creating knowledge and provoking change through the participation of people who are not usually actively involved in these kinds of processes. I think at Citilab we ended up referring to them as “labbers”. Others called them “users”, and some preferred “citizens”. We were very Californian back then.

Indeed, the “Californian style” was a strong influence on the lab scene. I can identify several waves in the ocean of design thinking that washed over the activities of those labs over the past ten years. So much so, that some people took “lab” to mean “post-it”. Then we moved on to a more academic-critical version, and focused on the concept of prototype. Moving away from the exploitative IDEO concept of co-creation (to give it the name of one of its Californian, entrepreneurial, pioneers), we embarked on more socially aware versions based on a more anthropological and sociological approach. Second wave: “serious” prototyping.

Prototypes. I have seen prototypes that you people wouldn’t believe. And they weren’t near the Tanhäuser gates but right here, correlated with (not caused by, as you know) the philosophy of the times. In the 2.0 period, for example, eight of every ten prototypes I saw were a wire net and plasticine. This net invariably showed the process by which a community would grow around the project. Because it was obligatory for labs to generate a community, and the tool par excellence was the network.

So, where was the community? None of the prototypers doubted for a second that these “community members” would immediately fall in love with their project. But it wasn’t always so. In many cases, the project did not know how to attract and respect the budding community, or were unable to sufficiently invest in it, or lacked the human resources to take the prototype to the community, the community to the institution, and the prototype into production. I think that they lost sight of the nuances and demands of metadesign along the way.

But this does not mean that we’re going to turn our backs on the potential of the lab model. On the contrary, these interstitial spaces based on inclusive practices have the potential to give rise to new alternatives in the cultural sphere and beyond. What we should probably be doing is exploring new practices under that umbrella, and thinking about how to nurture and finance them.

In Madrid one autumn afternoon a few years ago, I spoke with Antonio Lafuente and Marcos García about my participation in projects with Ferran Adrià and the Columbia University. Antonio made a very insightful distinction between innovation processes in high gastronomy and traditional cooking. He suggested using the metaphor of the kitchen, rather than the lab. Perhaps the kitchen can be a guide, a way of bringing open exploration to a wider range of spaces and actors who are less mediated by institutions. Perhaps it can lead to a more capillary, distributed kind of innovation without so many celebrities. Perhaps.

The kitchen could certainly be a good substitute for the lab. Let’s just hope the concept doesn’t get hijacked too, and we don’t end up with an epidemic of “cultural innovation kitchens”. I suspect that if we start to call these kinds of projects “kitchens” the word will catch on… and the Californian ideology will sneak in again. Stay tuned, because the Google X lab already has a design “kitchen”. Be that as it may, as Austin Toombs, Shaowen Bardzell, and Jeffrey Bardzell l recently argued, it won’t be easy for the lab-kitchen family to negotiate the tension between the communal and the neolibral worlds.

As the summer break begins among the echoes of several recent meetings on labs and their technologies, my reading list includes old ideas by Joan Littlewood, Cedric Price and Gordon Pask that were not necessarily about institutions but full of the activation and recognition of the agency of our fellow citizens. Have a great summer! 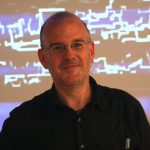 The evolution of lab culture

The LABMeeting 2015 conference brought together many of the projects and experiences that have helped to create and shape a lab culture in recent decades.