The agri-food industry hides an important part of the elements that configure the traceability of food products, thus favouring acritical consumption. Conceived as a metaphor, the project (des)vestim(la) reflects on the subject of food consumption from the perspective of food aesthetics. The project becomes an intervention midway between aesthetic experience, reflection and social awareness-raising. This experience took place at El Konvent centre for contemporary art in Berga, a space that, from an environment of creative and multi-disciplinary creativity, proposes a new type of artistic intervention to overcome the frictions between nature and human action, between technology and culture.

Between art, research and data there is a broad and meaningful space for actions that, based on an inspiring theme, can activate collective creativity. What happens when different techniques and philosophies for the co-creation of knowledge lead us – once again, since that is where they originate – to the terrain of artistic creation, with the desire to generate reflection and extend an invitation to action typical of activism? Midway between action-research and artistic intervention, a group of interdisciplinary specialists came together at El Konvent centre for contemporary art to develop a set of dynamics that connect technology, art and consumerism.

Behind the aesthetics of food products lies a series of relevant aspects: origin, type of production, the handling received, the economic and social treatment of the people who have grown or prepared them… that ultimately define their traceability.

When it comes to choosing foods, people approach consumption from different perspectives: these may include functional aspects (price, convenience, etc.), social aspects (knowing which agents intervene in the production, distribution and commercialisation chain), type of production or preparation (organic, integrated, etc.), environmental questions (food miles, packaging, wastage), health reasons (a diet that is balanced, varied, healthy, etc.) and emotional aspects (promoting a consumption that is socially fair and that offers a connection with the person who produces or prepares the food).

In any case, big agri-food industry, which controls a large part of the foodstuffs production and consumption chain, hides an important part of the elements that configure traceability and, thus, favours acritical consumption.

Conceived as a metaphor, (des)vestim(la) [“(un)dressing(it)” in Catalan] aims to undress the aesthetics of everything that we eat in order to show its traceability, its values. To do so, and based on the project’s route map, (des)vestint aliments [“(un)dressing food”] makes an artistic impact on foodstuffs, dressing them with new layers that were not visible without the intervention. In this way, the aim is to provoke action by any person who contemplates the work.

El Konvent Centre for Contemporary Art, a late-19th century former monastery located at Cal Rosal — following the course of the Llobregat River — is a multidisciplinary artistic and social centre that is simultaneously the content and container of all kinds of experiences that take culture and knowledge closer to their limits. Its team of people make up an interdisciplinary mix: fine arts, undisciplined research, knowledge activism, journalism and letters, digital technologies and, above all, a shared urge to overcome the friction between nature and human action, on the one hand, and the friction between technology itself and culture and knowledge, on the other. This magical venue was converted – from 11 to 13 May 2018 – into a space for co-creation and for action-research so that, at the end of the sessions (the result of that interdisciplinary interaction), a work would be created that was an invitation to action.

Without any defined plan or programme, a series of principles and spaces to gradually be discovered were established, along with a certain degree of facilitation and time management. The starting point was the dual principle of co-design that combines phases of divergence (where possibilities and alternatives could be suggested and created jointly) with moments of convergence (sharing and reflection on what has been developed). Iteratively, halfway between a research methodology and a space for artistic exploration, the red room was the epicentre of it all. In this room there was a long table, which for three days became the space to plan the creation process. A part of this table contained foods to enable the exploration of what we eat and its traceability: from organic beans, pumpkins and bananas to processed foods and labels with all kinds of information on their surface. The other part of the table was occupied by technology of different types: markers and post-its, printers and scissors, polaroid and digital cameras, laptops and old typewriters, all at the disposal of the people participating in the meeting.

The data that we collected around the traceability of foodstuffs show a certain poetic aspect: “Since the year 2005, the European Union demands that food companies must use a traceability system for food products”; “In January 2013, horsemeat was detected in Europe in processed beef products such as hamburgers or lasagnes”; “In 2011, Spain imported over 25.4 million tonnes of food products that each travelled an average of 3,827 kilometres”; “2,000 of the 22,000 people working in the fruit harvest in Lleida do so in conditions of misery”; “One third of the food produced worldwide for human consumption is wasted”; “88 million tonnes of food are wasted each year in the European Union. Spain is the 7th top European country in food wastage”; “Sixty percent of the worldwide market in seeds is controlled by just three companies”: “Average consumption of fair-trade products equals €0.86 per person in Spain. In France, it is €6.75; in Italy, €21.57; in Switzerland, €59.12″… and a long et cetera. These data were to help us to make the transition from awareness-raising and discussion to inspiration and co-creation.

The co-creation dynamics generated 7 proposals for intervention, some of which would subsequently end up merging: (1) “Guerrilla gardening”, projectiles containing prohibited plant seeds; (2) “Codis (n)ous” [“New (egg) codes”], a new coding scheme where humans are the focus of the process, (3) “Table laid with recycled food”, the staging of a romantic dinner produced with waste food; (4) “Expanded packaging threads”, threads of expanded information resulting from information on labels; (5) “Information and disinformation holes”, connecting with the food’s origin through a hole that helps us to focus on it; (6) “Following threads”, representing the physical traceability between spaces, like Ariadne in the labyrinth, (7) “Strings of opinion”, where through the positioning of the participants, the tension between different consumer criteria with regard to the origins of food products is visualised. After generating a space for voting and debate, priority was given to the intervention of organising a romantic dinner and the collective gathering of food products that had been rejected for sale began. After touring six shops in the town of Berga, a cache of food was obtained that was then carefully organised. A projector showed the process of creation of the action, from the collecting the food to its arrangement on the final table.

The starting point was placed at the situation in which we would find ourselves if, as people, we were to be commercialised – and therefore coded – like any other foodstuff. We took inspiration from eggs and the criteria for their codes (the numbers that all eggs have printed on their surface). The first task was to seek a set of criteria to allow us to code ourselves. This process generated discussion that was complex but enriching and full of questions: What type of substances do we consume? What diet do we follow? What stress do we suffer?… And we discussed how all these aspects would condition our quality as a consumer product. Once a consensus was reached on the criteria, we coded ourselves following a compliance scale (from 1 to 4) with respect to the level of consumption of processed food that we eat, the type of diet (carnivorous or plant-based) that we follow, the proximity of our production site, the level of consumption of harmful substances over the course of our lifetimes and the level of stress we suffer.

The hospital area – one of the most provocative, unsettling and complex spaces at El Konvent – was chosen for the “Codis (n)ous” installation. Prior to its completion, Enric suggestively linked the mural where the proposals were made – situated in the red room – to a box of eggs hung on the far wall of the hospital that is located two floors down. Then the part involving assembly of the installation began. In parallel, Mònica and David searched for information on each of the work areas that would end up cladding the walls of the right-hand side of the hospital and that show the immensity of data that exist online regarding the traceability of food products.

On the left, polaroid pictures were posted that show the areas of skin tattooed and the explanation of their coding. A thread ran through the central corridor linking the installation of the romantic dinner in the chapel – the first to be found by the visitor – to the end of the room where the box of eggs is found.

By way of conclusion

Once the actions were completed, a closing meeting was held where the different viewpoints on the experiences of the three days of sessions were shared. In summary, they were valued positively with the view that they had permitted a successful process of creation. Perceived especially was the harmonious coexistence among the team members, the desire for everyone to act in a coordinated way, the capacity for individual sacrifice in order to favour the possibility of generating a collective creative work, the empathy and magic of the space and the El Konvent team, and the desire to maintain contact in order to participate in future proposals for creation.

You can find out more information on the sessions through the documentation generated during them: 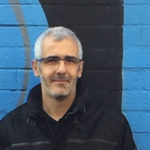 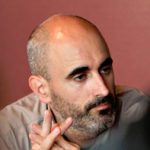 Agroecology: a Holistic View of the Food System

Unlike industrial systems, in agroecology everything is related: from the cultivating of the land to the way food is prepared for eating.

The aim of co-creation workshops with open DNA is to explore different possibilities for building projects and initiatives in connection to the Commons.